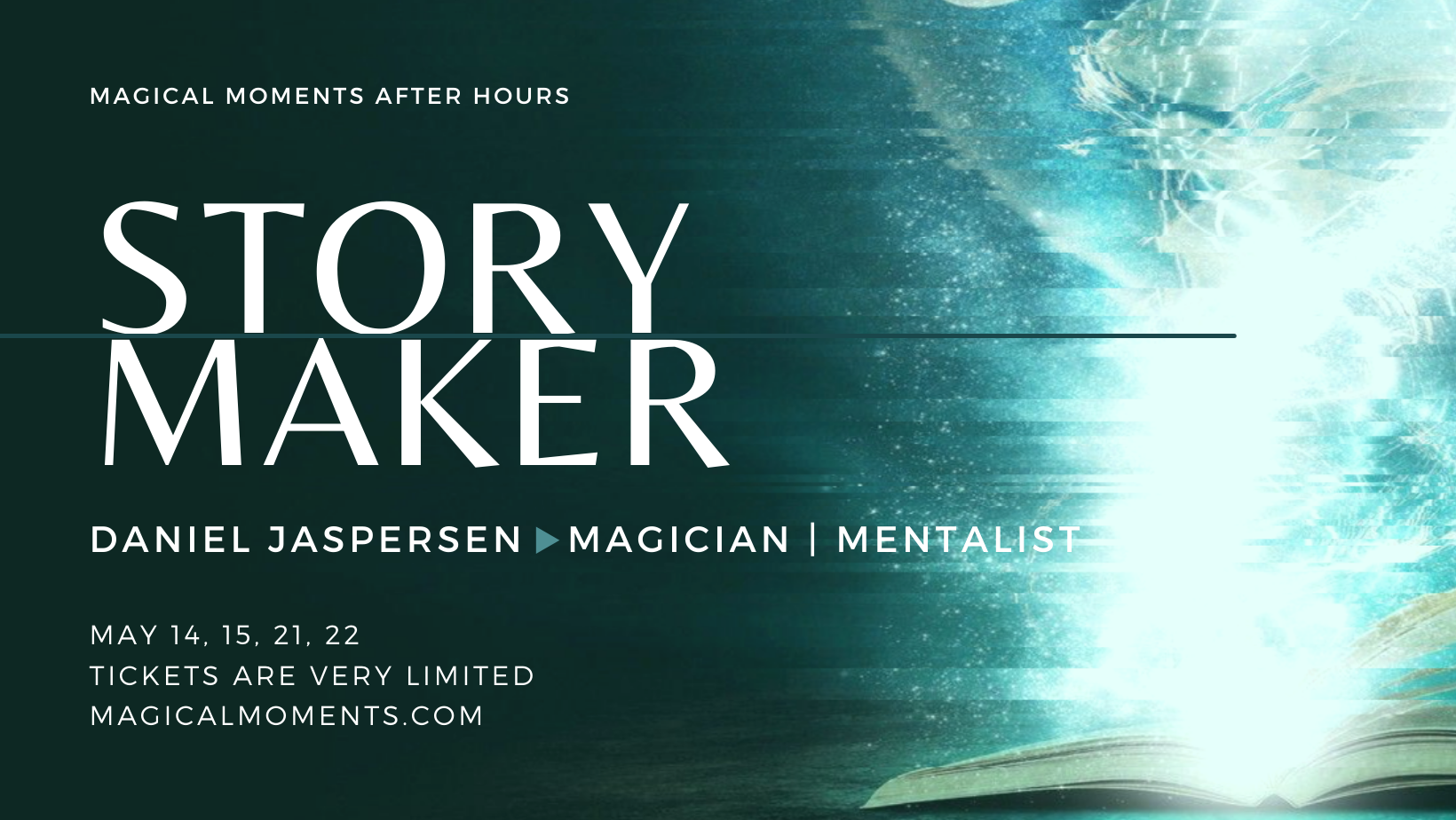 Tickets are for this series of shows are very limit

About the Performer
Daniel Jaspersen is many things. He has studied magic for nearly 20 years. He has been a juggler for most of his life. He speaks several languages. He is a parent. He has lived, worked, and traveled around the world.
Dan has hundreds of great stories to tell, but that’s not what this show is about.

Dan is not a storyteller.

Dan is a StoryMaker.

What is StoryMaker?
During this live performance we (Daniel + Attendees) will create a new story. Something fresh which has never existed before, and will never be duplicated.

Our guide is a magician, but this will be unlike any magic show you’ve ever seen.

You will leave with a new story to tell.